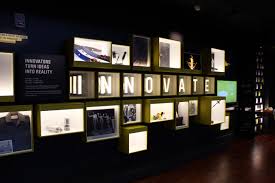 Innovation Leader, a magazine and website focused on innovation in large companies, today released its 2017 list of the top North American cities for corporate innovation and R&D activity, with Seattle appearing at No. 5.


The Innovation Leader list is unique among "city rankers" because it focuses not on startups, entrepreneurship, or venture capital, but the amount of research-and-development and innovation activity that big companies do in each city — whether that’s Disney and other studios developing the future of entertainment in L.A., or Ford, Uber, and Toyota working on self-driving cars in Detroit.

1) Global 1000 companies with R&D labs or innovation centers, and their R&D investment levels

4) The presence of top-tier research universities

See the full story here
Posted by Ricky at 5:25 PM No comments: 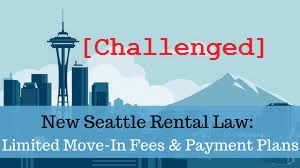 Seattle landlords on Tuesday sued the city over a law requiring them to allow tenants to pay move-in costs in installments. The move represented the latest pushback from property owners against a series of new city policies protecting renters.  “Our members provide safe and affordable housing," Sean Flynn, board president at the Rental Housing Association of Washington, said.

The 5,400 landlords represented by RHA "set the standard for ethics and best practices in our industry," Flynn said. "Yet, this city council has never missed the chance to lambaste, demonize, and hold landlords responsible for problems they did not create.”

RD House is an Affiliate member of the RHA.

The RHA took the city to court today, seeking to block a law the Seattle City Council approved in December, which requires landlords to allow tenants to pay their security deposits, fees, and last month's rent over the course of a payment plan. The law, which passed unanimously under the sponsorship of city council members Kshama Sawant and Lisa Herbold, also caps the total amount of security deposits and nonrefundable fees landlords can charge at no more than one month's rent. Nonrefundable fees can't exceed 10 percent of one month's rent unless the cost of the tenant's screening report exceeds that amount.

Josh Whited, the lawyer representing the RHA, called the requirements "onerous." He argued the law violates the state ban on rent control, constitutes an illegal "taking" of private property, and violates landlords' due process rights.

Court precedent in Washington, Whited said, has found that “local governments are not entitled to shift the burden for solving societal problems to individual property owners.”

We will follow this story with updates as they develop.
Posted by Ricky at 4:21 PM No comments: 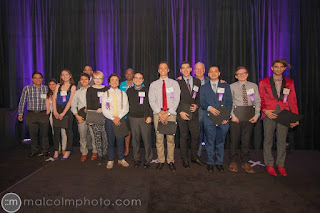 RD House is proud to be a member of the Greater Seattle Business Association (GSBA), which understands that today's students are tomorrow's leaders and is committed to supporting our community's future leaders by providing financial resources, role-models and hope to outstanding LGBTQ and allied students. This year, GSBA is proud to have awarded its 3 millionth dollar through its scholarship programs!

At the 2017 dinner on May 19 Hearts were bursting with pride as over 500 guests including scholars, donors, community leaders and elected officials gathered to witness history as GSBA gave out its $3 millionth dollar in scholarships awarded since 1991.

This Fund, and the hope it provides, has changed the lives of over 500 LGBT and allied students but, perhaps the biggest game changer is the launch of the GSBA Guarantee. The Guarantee promises up to four years of support to GSBA Scholars as long as they continue their part by doing their best in school. This extraordinary commitment is possible because of you, and your understanding of the power of education to change lives.The exciting news continued as long-term GSBA member and Antioch Board member,Steve Crandall, came on stage to announce the GSBA Leadership Academy, an innovative leadership experience created through a partnership between Antioch and GSBA with support from Microsoft and input from several GSBA donors. This Leadership Academy will hold its first immersion weekend this August at Islandwood Retreat Center on Bainbridge Island during which all 45 scholars will be brought together to go through a three-day leadership curriculum.
Posted by Ricky at 3:26 PM No comments: