The new two-year registration/renewal fee is $70 for a single-family/single-unit rental and $15 for each additional unit (was $175 1st unit + $2/additional units every 5 years).

5 year cycle cost changes will be:
Current (through 2018) fees

Two new fees have also been added:
Finally, to keep up with increased labor and administrative costs, two other fees have changed:
See the table below for a summary of the 2019 RRIO fees passed by Seattle City Council.

RD House is very familiar and experienced with this program, and can handle client registrations and inspections on your behalf. 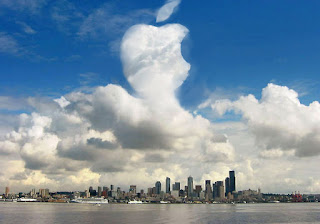 Apple will expand its Seattle operations to more than 1,000 employees and establish a new site in the city, moving further into the backyards of hometown tech titans Microsoft and Amazon, and escalating the competition for tech talent in the region.


Based on client feedback around monthly reporting, we’ve worked with our software vendor to make a frequently requested improvement!  Our client Owner Statements now have a more detailed notation for itemized transactions (work done, vendor and invoice#) in the Transaction Details memo field.   These appear in all online owner portal reporting and all emailed statements.  As always, the original bills are posted to Owner Portals under Rental Owner/Documents for full reference.

Did you know? Automatic appliance service and warranty tracking 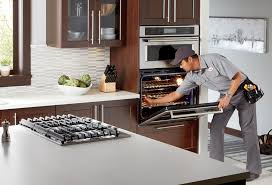 As a standard property management practice, when a new appliance is installed, RD House records the appliance, model, install date and serial number, so if there is repair or warranty work at a later date, all of this is easily accessible.  Our property owners can also view this information right on their Owner Portal, in the Rentals/Properties view, under the “Appliances” heading. 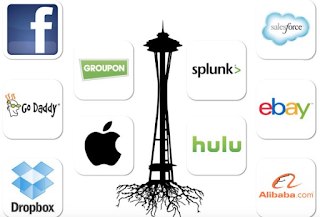 It’s no secret these days that Seattle is filling with tech workers and the companies that are headquartered or opening hubs here.  But a recent Geekwire article digs into the details of the CBRE annual Scoring Tech Talent report, which ranks the top 50 markets based on 13 metrics like number of tech employees, population trends, wages, education levels, housing and business costs.

Seattle led the way in terms of the highest percentage of people with a college degree — 63 percent — as well as the greatest population growth of 20 somethings since 2011 at close to 23 percent.  According to the report,  Seattle is the second strongest tech market in the U.S. and Canada, thanks to its growing population of young, brainy geeks, according to a new study.  The city trailed only San Francisco in the overall rankings and finished ahead of Washington, D.C., Toronto and New York to round out the top five.

The numbers show that a lot of this influx is coming from elsewhere as the number of new jobs outpace graduates from the region’s universities; Seattle is fourth among markets in terms of “brain gain,” meaning tech workers are arriving than the city loses each year.

Both homegrown companies like Amazon and Microsoft and big out-of-town companies like Facebook and Google are driving the trend. The report also gives a window into how much the more than 100 companies that have set up satellite offices in Seattle are paying. While Seattle struggles with high housing and business costs, it is actually a cheaper place to live and do business than some of its peer cities at the top tier of the market. 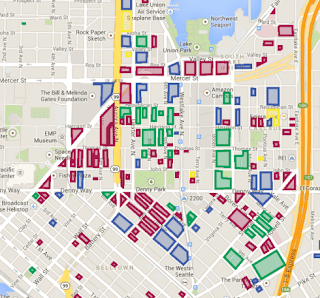 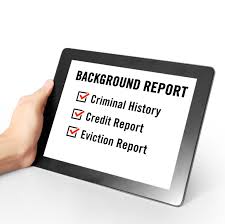 As an update to an earlier story from last fall in which the City Council passed legislation limiting Landlords from screening tenants based on criminal records, as we'd suspected, The Rental Housing Association of Washington says it filed a lawsuit in King County Superior Court Tuesday.  The complaint alleges the city has violated property owners' due process and free speech rights. It says landowners have a right to select their tenants and the ordinance is burdensome and unreasonable.


RD House is a member of the Rental Housing Association of Washington.

The only people who may be denied rental housing will be those listed on sex-offender registries because of adult convictions, and landlords denying housing to such people will still need to demonstrate a legitimate business reason for doing so.


In most states including Washington. landlord responsibilities include protection of their tenants and impose a legal duty on the landlord to take steps to protect their tenants from criminal activity. The best means to reduce the likelihood of being held responsible for the criminal acts of tenants is to perform a thorough credit, background and criminal screening of all applicants when renting out a property.

As a result of this conflict of purposes, we suspected this legislation would face legal challenges.  We will update this story as it develops.

Previous article:
http://www.seattletimes.com/seattle-news/politics/seattle-set-to-prevent-landlords-from-considering-applicants-criminal-records/
Posted by Ricky at 5:35 PM No comments:

Welcome Spring! How to un-welcome the household ants that come with it 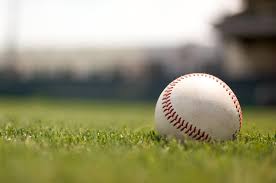 Ah, Easter and baseball season really do mean spring has arrived.  But the warmer weather also is when ants start arriving in or around your home.  When hibernation is over and food becomes more plentiful, ants are driven to find a place that is warm in the night and has plenty of easily accessible food and water for them to feast on. They also seek shelter from the hot sun and the spring rains by entering into our homes.

Once ants discover a reliable food source, whether that means crumbs left out on the counter or fruit for them to feed on, they are likely to keep returning to that place.

The best way to get rid of ants is to prevent them from ever considering your home a comfortable crash pad.

Sanitation
This is definitely one of the most important steps to getting rid of ants (and keeping them away), and most ant treatment programs will fail if this step is skipped or poorly implemented. You must eliminate what attracts ants, including as many food sources and water sources as possible. Then, finding and treating areas that the ants are using to gain entrance into the structure will keep them marching elsewhere. 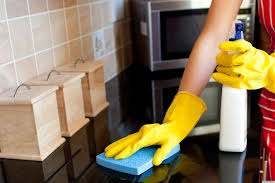 Treatment.
Now that you have completed the sanitation and preparation, you can start the process of applying products to treat and eliminate existing ants who have gained entry.

You can also make a natural ant repellent/treatment solution

Follow these tips and you'll be well on your way to enjoying the warm weather without unwanted ants for guests.

Email ThisBlogThis!Share to TwitterShare to FacebookShare to Pinterest
Labels: Maintenance 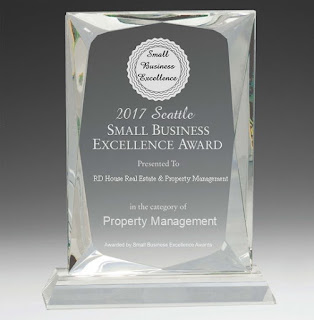 Each year, the Seattle program chooses excellent local small businesses that have demonstrated their ability to use great marketing methods and excellent customer service to grow their business.  The companies chosen exemplify the best of small business; often leading through great service and community involvement.   Throughout 2017, RD House focused on keeping property owners and tenants up to date on rental property laws and regulations, local employer, economic and land use information.  Some examples have been the move-in fee and first-in-place rental application changes within Seattle, both of which we implemented ahead of legislated deadlines and help our clients and tenants understand and navigate.  We also introduced our real-time mobile enabled unit inspection application, which provides tenants and owners with full photo documented turnover condition reports immediately at move-in and move-out.  And we continue to be involved with the Greater Seattle Business Association, the nations largest LGBT and allied chamber of commerce, representing over 1,300 small business, corporate, and nonprofit members who share the values of promoting equality and diversity in the workplace. GSBA proudly serves as a connector across the region, bringing the community together through business while advocating for civil rights and small business, while investing in the next generation of leaders through the GSBA Student Scholarship Fund.

We are so grateful to all of our tenants, property owner clients, vendors and community partners with whom we are honored to work!

The Seattle Small Business Excellence Awards recognizes outstanding small businesses that serve the Seattle area. Each year, our selection committee identifies businesses that we believe have achieved outstanding marketing success in their local community and business classification. Recognition is given to those companies that have shown the ability to use their best practices and implemented programs to generate competitive advantages and long-term value. These are small businesses that enhance the positive image of small business through service to their customers and our community. These exceptional companies help make the Seattle area a vibrant and vital place to live. The Seattle Small Business Excellence Awards was established to reward the best of small businesses in Seattle. Our organization works exclusively with local business owners, trade groups, professional associations and other business advertising and marketing groups. Our mission is to recognize the small business community’s contributions to the local and regional economy.
Posted by Ricky at 2:56 PM No comments: